Vija and his daughter Lisa have produced a series of children’s books. The ‘Let’s learn’ series uses illustrations that Vija produced about 40 years ago. See reviews. 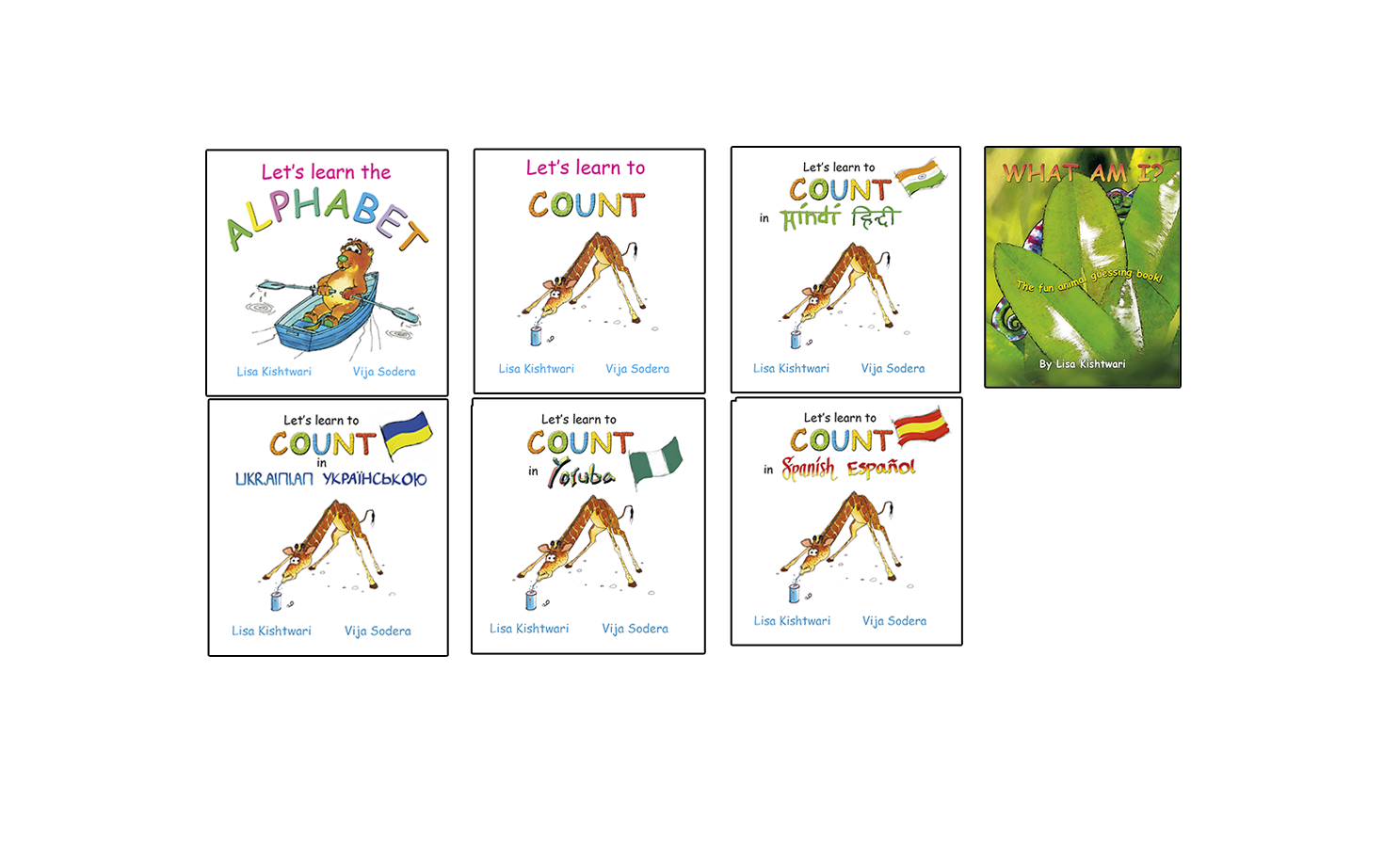 Having always had a special love of animals, Vija is an accomplished wildlife artist, and has exhibited many of his paintings. A number of his paintings are featured in his book One Small Speck to Man and are also on view in his consulting rooms. 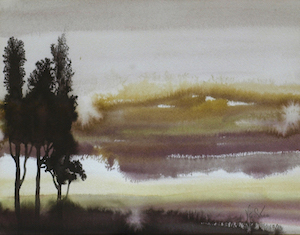 The old saying is true: the only rule in art is that there are no rules.
The ink scene was done with drawing inks on paper. A wet-on-wet technique was used for the back ground, and when everything was dry, some areas were dampened where the leaves would be. The paper was then turned upside down, and  a little black ink dropped at what would be the bottom margin. The paper was then tilted and its angle adjusted while the ink ran ‘upwards’ towards the sky and the damp area. As soon as the ink hit the damp area, it burst out to produce the leafy foliage. It’s a nice and effective technique, but since it’s largely dependent on the texture of the paper and the flow of the ink, it is likely that only 1 in 3 paintings have a satisfactory result. 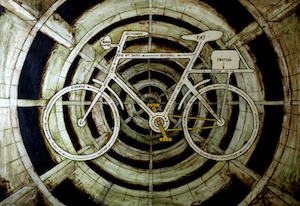 Professor Kreb described two biochemical cycles. The famous ‘Kreb’s cycle’ (also known by the catchy name ‘the tricarboxylic acid cycle’) deals with the metabolism of glucose to produce the energy bonds in adenosine triphosphate (ATP). The less well-known ‘Kreb’s urea cycle’ deals with the metabolism of ammonia waste into urea. Vij was in a biochemistry lecture when he thought about linking the two cycles into the framework of a bicycle. With the ‘Kreb’s cycle’ and the ‘Kreb’s urea cycle’ making up the front and back wheels respectively, the painting Kreb’s Bi-cycle was born. To complete the picture, the Bi-cycle stands inside an abstract mitochondrion, which is where Kreb’s cycle does its thing. 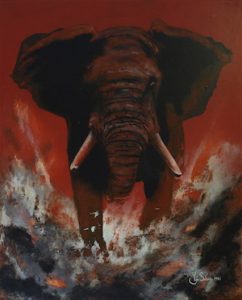 The painting ‘Red Thunder’ displays the power and majesty of the elephant, Vija’s favourite animal. He’s always amazed as to how wonderful they look, and likes to imagine that, after having made all the other creatures, God jotted down these notes regarding His next creation: ‘I think I’ll now make something with the longest nose ever, huge sticking-out ears, long goofy teeth, and a great fat belly’. On paper, it seems the most ridiculous of characteristics, but how fantastic and noble is the living elephant! God certainly knew what He was doing. 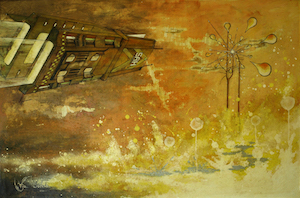 Vija painted the ‘Space Clip’ during his time doing neurosurgery. An aneurysm is an abnormal ballooning of a blood vessel, which results in a weakened arterial wall, which then has an increased risk of rupture. A particular type of bleeding known as ‘subarachnoid haemorrhage’ occurs following a rupture of an arterial aneurysm in the base of the brain. The bleeding can be controlled by opening up the skull and placing a tiny stainless steel clip onto the aneurysm.
In the painting, the tree-like structure represents the arterial supply to the head and neck, with a rupture of an aneurysm of the middle cerebral artery. The spaceship-like shape is really a modified clothes peg, representing the aneurysm clip flying off to stop the bleeding.