Pardeep Sodera is a great guitar player and is fantastic to work with. Whereas I write the songs and the basic tunes, Pardeep puts the icing on the cake with acoustic and electric guitar. He also adds a dash of sitar, harmonica, and piano. 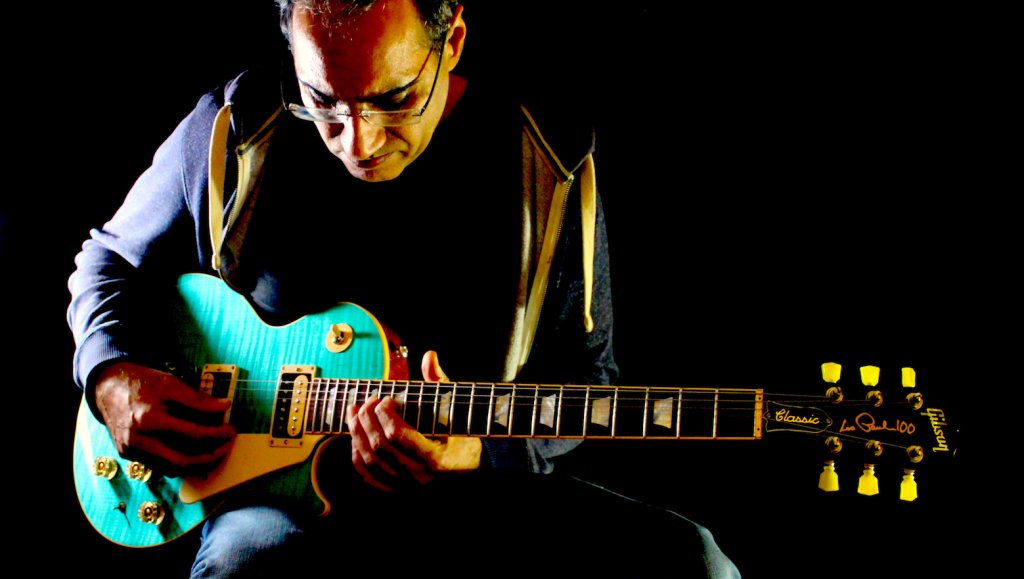 It’s a fact that no matter how many times I try, I still can’t play lead guitar. So, this is how it works – I play rhythm and Pardeep plays the clever bits. I ask him to add this or that flavour to the tune and he just does it. Every time.
Not many people can boast of having such a superb guitarist as their brother. But I can. 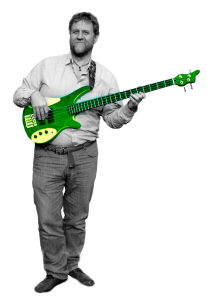 Andrew Dickinson is a terrific bass player and all-round musician. He’s actually the only member of the band who can read music.

This is the way we work. After I have recorded a draft track, I ask Andrew to play something. He would prefer me to have written down some basic musical notation, but all I say is something like “can you give it some more growl…and more of the lower end…” or “can you start somewhere down here and…oh, that bit was good…no not that, but the thing you did a few minutes ago…yea, that’s it”.
From such detailed instructions, Andrew seems to understand the notes I have in my head, and he always produces the goods.

Chris is a fantastic drummer and percussionist. He also writes his own songs. He has a great singing voice and plays guitar too.It’s really great working with Chris. He knows what is needed before I even ask. And he even has volume control. 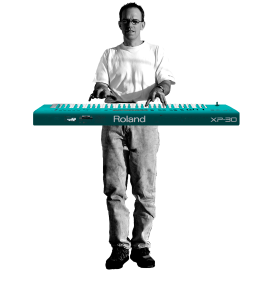 Mark Sharp is a great keyboard player. Whether on piano or synth, Mark is razor sharp. As with the other band members, he’s great to work with and always comes up with the right phrasings and styles. Mark also plays guitar, trumpet and bass. 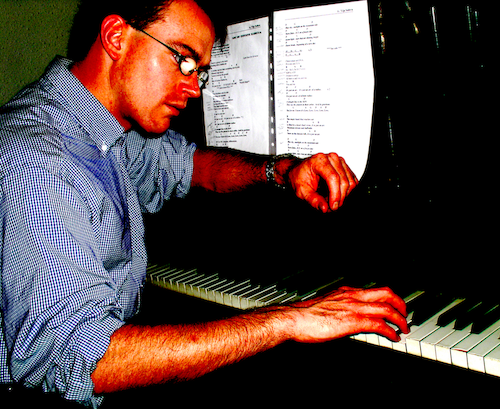 He is also an electronics whizz-kid and is very capable with engines.